Blog home > IT, New Technologies, Media and Communication Technology Law > The problem of understanding the term read only data media in banking activity in Poland 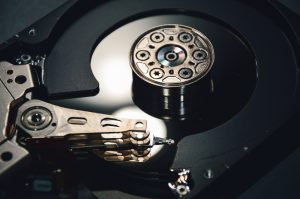 The development of electronic banking allows banks to create new opportunities for contact with the customers. However, the bank contacts the customer only when it is necessary, for example, to provide the customer with the information on the changes in costs, fees, commissions. It is required that the bank shall then use read only data media. Paweł Dyrduł, associate lawyer from the Polish law firm KG Legal Kiełtyka Gładkowski based in Krakow, discusses the problem of the interpretation of the term “read only data media”.

The obligation of using a read only data media

Changes in the understanding of read only data media

Developing banking IT systems entail the development of Internet banking. This allows anyone – a bank customer – to access the purchased products or banking services by web browser or by a dedicated application for mobile devices, such as smartphones or tablets. Each electronic banking system has a solution that resembles an email box. Most often it is hidden under the “envelope” icon. By using this box, banks communicate with customers on various issues, for example, to inform them of changes in the offer they provide. Hence, there was a problem if this message, transmitted via e-banking system, and therefore de facto via e-mail, fulfils the requirements to qualify as a read only data media. The second problem that has arisen on banks’ practice is the question whether, according to Directive 2007/64/EC (PSD Directive), sending a message to a customer is to be understood as a delivery of information or making information available.

The issues mentioned above have been dealt with before the Court of Justice of the European Union. The Austrian court which adjudicated a dispute between the BAWAG bank (BAWAG PSK Bank für Arbeit und Wirtschaft und Österreichische Postsparkasse AG) and the Austrian consumer association (Verein für Konsumenteninformation) addressed the CJEU with two questions for a preliminary ruling. The said association questioned Bawag’s method of sending information to customers via electronic mail, via the Internet banking system. In its enquiries to the CJEU, the Austrian court aimed to settle two issues. Firstly, whether sending information to a customer about changes in services conditions through an electronic banking system met the requirements of a read only data media and, secondly, whether the information provided in this way is to be considered as delivered or made available. The CJEU, by judgment of 25 January 2017 in Case C 375/15, stated that in order for the information transmitted via the electronic banking system – and thus via the Internet – to be considered as transferred on a read only data media, it must fulfil two conditions constituting a read only data media. On the one hand, the website has to enable the consumer to store and guarantee access to the information for a reasonable amount of time and must prevent the interference with the data sent by the bank or site administrator. The issue of providing information to the consumer through the electronic banking system according to CJEU requires the bank to take additional active actions. This means that in order to talk about delivering rather than providing information, the bank, by deciding to send it through its system, must take steps to notify the consumer of this fact. It is assumed that customers do not check the inbox that is provided in the electronic banking service too often. Banks cannot require this from the consumers either. Hence, the bank, in order for its message to be considered delivered, is obliged to inform the consumer of its availability through a communication channel that the user commonly uses, for example, via SMS.

Non-recognition of the website – the electronic banking system – and therefore a failure to meet the above requirements results in the fact that the information provided to the consumer is not considered as legally transferred and therefore not properly delivered to the consumer. This implies that the terms contained in such messages are not binding for the customer.

Intervention of the President of OCCP on the Polish market

The President of the Polish Office of Competition and Consumer Protection decided to intervene on the Polish banking market in order to assess whether electronic banking services meet the requirements to identify them as read only data media. According to the President, the current status of electronic systems offered by banks operating on the Polish market does not meet the requirements to be considered as a read only data media. It was pointed out, as the main reason, that these systems are totally under the control of banks, so this makes it impossible for the consumer to be guaranteed the consistency and reliability of the received messages.

The article was prepared by KG LEGAL KIEŁTYKA GŁADKOWSKI based in Cracow, Poland, specialising in cross border cases, with its focus on investments in Poland, new technologies, IT and life science. It discusses the specificity of read only data media, terms of recognition for read only data media and current trends in the development of understanding this concept.

Paweł Dyrduł, associate lawyer (specializing in banking law, financial law) from KG LEGAL KIEŁTYKA GŁADKOWSKI – PROFESSIONAL PARTNERSHIP based in Cracow, specializing in cross border issues and servicing life science and IT companies, discusses specificity of read only data media, terms of recognition for read only data media and current trends in the development of understanding this concept.