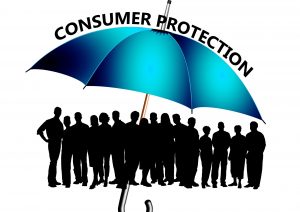 The Polish Office of Competition and Consumer Protection is an antitrust institution next to which one cannot pass by indifferently. Its functioning on the Polish market is motivated by many reasons, consumer protection issues being one of them. Polish consumer protection proceedings are discussed by Paweł Dyrduł, associate lawyer from KG Legal Kiełtyka Gładkowski Professional Partnership based in Cracow.

The Polish Office of Competition and Consumer Protection (Antitrust Office)

Explanatory proceedings may be initiated by the President of the Office ex officio. This is undertaken by way of a decision after the fulfilment of the conditions set out in the Act, namely in the situation when the facts indicate the possibility of violating the provisions of the Act.

Proceedings in cases in which the provisions of contract templates are deemed prohibited are being initiated ex officio. These proceedings may be initiated by the enumerated group of entities listed in the legal act, including the consumer, consumer ombudsman, financial Ombudsman, consumer organization or foreign organization that has the right, under the EU law, to initiate such proceedings. The notice filed by the Office must meet certain formal requirements, such as the indication of the trader who is being charged with the use of unlawful contract terms, the description of the facts, the indication of a standard contract, which, according to the notifier, is unlawful, as well as the notifier’s data. After analysing the notifications, the President of the OCCP issues a decision to initiate the proceedings. However, this procedure cannot be initiated if three years have elapsed since the end of the year in which the contractual template with allegedly illegal provisions ceased to apply. The duration of this procedure is a maximum of four months, however, if the case is particularly complicated, the time limit may be extended by one month.

Proceedings in cases of practices violating the collective interests of consumers

Proceedings in cases of practices violating the collective interests of consumers are initiated ex officio. Everyone is eligible to notify the President of the alleged use of practices violating the collective consumer interests. If, in the course of the proceedings, it is probable that the trader’s continued use of the alleged practice may cause serious threats to the collective interests of consumers, the President of the OCCP is obliged to issue a decision requiring the trader to cease certain activities for the duration of the decision. The proceedings cannot be initiated if one year has elapsed since the end of the year in which certain practice ceased to be used. The proceedings should be completed within four months (five months if the case is complicated).

The article was prepared by KG LEGAL KIEŁTYKA GŁADKOWSKI based in Cracow, Poland, specialising in cross border cases, with its focus on investments in Poland, new technologies, IT and life science. It discusses consumer protection proceedings of the Office of Competition and Consumer Protection (Antitrust Office) in Poland.