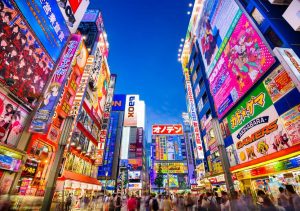 On July 17, 2018 there will take place the summit between Japan and the EU. The main idea of the meeting is to confirm the support for the international order based on law as well as the agreement on free trade. There will be signed economic partnership agreements as well as a strategic partnership agreement. At present, the EU companies have to pay a number of duties amounting up to EUR 1 billion a year, which will be lifted after the agreements are signed. Also numerous legal regulations complicating trade exchange will be removed. The concluded contracts are very ambitious and comprehensive. They will create new opportunities for agricultural exports from the EU. They will also allow the development of intellectual property rights relating to exported goods, protecting goods on Japanese markets. They comply with the strict requirements set by labour law and the security of personal data. Trade negotiations with Japan have been ongoing since March 2013. At the summit on 6 July 2017, both parties reached a major agreement on the most important elements of the free trade agreement, known as the Economic Partnership Agreement. Negotiations on all other aspects were completed in December 2017. Negotiations with regard to investment protection standards and dispute settlement regarding investment protection will continue to be conducted with Japan. Both parties are determined to negotiate investment protection as soon as possible to conclude an agreement. Additionally, the Strategic Partnership Agreement will strengthen cooperation in the field of international peace and security, cybercrime, energy security, and mitigation of climate change.

According to the information provided by the Polish Investment and Trade Agency, the trade exchange between Poland and Japan is constantly increasing. Japan is the largest investor in Poland in terms of the value of investments after Americans. The Japanese consider our country as stable and friendly for entrepreneurs. The greatest amount of funds are invested in the automotive industry. Companies such as Toyota, Sharp, Panasonic, Funai and Toshiba operate in Poland. The total value of projects carried out in this respect in Poland is approximately EUR 768 million. New agreements can therefore cause considerable profits to both entrepreneurs and consumers. It is estimated that the export of Polish goods to Japan can now increase even by 10%.