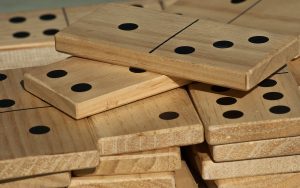 New systems of rewarding, motivating and building employee loyalty are raising the general interest of entrepreneurs in Poland. One of such instruments is the notional share that is gaining popularity in the Polish market. Its essence and application possibilities are discussed by Pawel Dyrduł, lawyer from law office KG Legal Kiełtyka Gładkowski Professional Partnership with its registered office in Krakow

Expenses associated with running a business

Running a business involves the expenses, most commonly in the form of employee salaries. Bearing in mind the increase of these costs and also increase in tax rates, entrepreneurs are undertaking various actions aimed at reducing costs. In short, entrepreneurs are looking for savings in remuneration. However, fearing the loss of qualified staff or a decrease in the efficiency of their work, management boards of companies do not decide to lower wages. What comes with the help to reach their purpose – namely to keep the employees attached – is a financial instrument called notional share.

Initially, the instrument, which was aimed at motivating employees, mainly the managerial staff, were typical shares. However, as demonstrated by the practice, rewarding executives with this type of instrument did not fulfil its primary purpose. New stockholders decided to sell their securities on the secondary market. It was then unfavorable from the standpoint of the company’s dispersed shareholders. Hence, companies are choosing to abandon this type of employee motivation system.

Notional shares are a way of rewarding, motivating employees. The legal relationship between the company and the shareholder begins when the parties conclude an innominate contract in respect of this share. The notional share cannot be compared to a strictly understood share. The notional share does not vest the holder with any shareholding rights to the company. This means that the beneficiary of this financial instrument is not seen as a shareholder (partner) of the issuer and has no voting right. The exercise of the shareholder’s right is based on receiving cash at a certain point in the future. Hence, the notional share can be set next to cash bonus because the beneficiary receives cash in both cases. It is worth mentioning, however, that the “bonus” received on the basis of a notional share is usually much higher than the traditional cash bonus. Postponing payments (which may be: short, medium or long term) is conducive to building a loyalty system among the most desirable employees. The right to receive benefits provided on the basis of holding notional shares is a conditional right. This means that its realization – the receipt of a benefit – can only take place if two conditions are met jointly. The first is the expiry of the period for which a notional share has been issued, and the second is the achievement of a certain minimum contractual value of a given financial multiplier, e.g. EBITDA. Execution is nothing more than the redemption of these shares by the issuer company for the price that they reached at the time of the implementation.

The instrument of a notional share does not cause problems to qualify it as a derivative financial instrument. It meets all the basic criteria required for such qualification and this instrument is specified in the Regulation of the Minister of Finance of December 12, 2001 on detailed principles of recognition, methods of measuring the scope of disclosure and presentation of financial instruments (Journal of Laws No 149, item 1674). They are as follows:

Notional shares will enjoy a greater popularity among entrepreneurs over the time as a motivation system for the purpose of building loyalty among employees – especially managers. They are also used for many other reasons, namely:

When we analyse notional shares from the point of view of their holders, their advantage is the additional cash the holders receive from their employer. However, a deeper analysis of this instrument allows us to recall their next advantage. These are tax aspects. When looking more thoroughly into the text of the Polish Personal Income Tax Act and carefully studying it, we can conclude that the exercise of rights from the notional shares – colloquially speaking – the receipt of a cash bonus – should be regarded as income derived from cash capital. As a consequence, it will only be taxed at 19%. This is beneficial for taxpayers who exceed the second tax threshold. In addition, the income earned from exercising notional shares is not subject to mandatory social security contribution and health insurance premiums.

Risks involved with the notional shares

Notional shares, in addition to the benefits mentioned above, also carry risks. The greatest threat to the company being the issues of nominal shares may be the potential problems associated with the disclosures of the financial consequences of the issuance and exercise of the rights under those instruments. The company may also be exposed to criticism for paying cash awards to the employees. It may also happen that the settlement of costs that result from the payment of notional shares may outweigh the profits. Company management may also be concerned that employees may not know how to use this type of incentive system. The lack of knowledge about notional shares may raise concerns among employees whether the motivation program is fair, because, after all, such shares do not transfer ownership rights. Hypothetically, there may also arise a situation when a company may, despite financial difficulties, be obliged to redeem notional shares when the deadline expires.

In summary, notional shares are an interesting method of incentive programs for employees. They provide a lot of benefits to both parties to the contract. However, one cannot forget about the disadvantages. When deciding to motivate employees in this way, the company should make every effort to reduce potential risks. It is only then that the notional share will be able to fulfil the aims for which it was created and issued.

Abstract: The article was prepared by KG LEGAL KIEŁTYKA GŁADKOWSKI based in Cracow, Poland, specialising in cross border cases, with its focus on new technologies, IT and life science. It discusses notional shares as a method of awarding of employees as well as advantages and disadvantages of this financial instrument (www.kg-legal.eu)

Paweł Dyrduł, lawyer (specializing in banking law, financial law) from KG LEGAL KIEŁTYKA GŁADKOWSKI – PARTNERSHIP based in Cracow, specializing in cross border issues and servicing life science and IT companies, discusses the essence of the notional shares in the Polish law, the possibility of using it as a remuneration and incentive system for employees, as well as presents the pros and cons of this financial instrument.